Last January, after many years of waiting, I was finally able to purchase a domain name that I so wanted for such a long time, Pikachu.nu. I launched the website late last month but I wanted to dedicate a blog entry, and a piece of my heart, to the dog whose name it bears.

Pikachu, who was shamelessly named after my favorite perky, literally electrifying Pokemon, was my pet, my baby. She was a beautiful Japanese Spitz, all white and furry and fluffy. I last saw her on 14 May 2015. She passed away later that year.

The above photos were taken back in 2007, give or take few months before I left for Oman. I found all these files from the memory card of my long-retired Nokia 6600. Apologies for the not-so-high quality of the images!

Pikachu was not a pure Japanese Spitz. Her mother, Choco, was, but her father was apparently a strapping poodle. Thus, you can see that Pikachu had inherited her sire’s big eyes and floppy ears.

She first came into my life in May 2003. She was so tiny when she first arrived at our home, being only a few months old back then. She didn’t know how to eat from her pet bowl, but would guzzle milk like there’s no tomorrow.

Pikachu grew fast and shed and grew back her thick white fur even more quickly. She liked to eat my favorite food as well – chicken liver, baked ziti with mixed tomato and white sauce, roasted and butter-fried chicken, among many others.

When I last saw her, she was already pretty frail from old age. Her right eye had gone blind and there was a lump in her belly.

However, she never forgot me until the last day we were together. She remained the same in her endearing ways: loving and possessive of me, excited for the food she’s always preferred, and utterly jealous of my husband 🙂

What else is left to say, but, “Pikachu, I choose you!” in true Pokemon fashion, because I always will.

Shirley Parabia is an award-winning athlete and author. She works as a fitness & sports trainer, finance advisor, and procurement specialist. In her spare time, she writes fiction, runs various blogs & websites, cooks passionately, and enjoys afternoon tea & CrossFit. She is the Les Mills International Instructor Coach for Oman and brand ambassador for SquatWolf Gym Wear. She lives in Muscat with her husband and daughter.

Change and a Motivational Poster

Always Yours
Previous: Lessons from Candy Crush Saga
Next: Always Yours

Shirley Parabia is an award-winning author, journalist and sportswoman. She is the Les Mills Tribe Coach for Oman, a CrossFit Trainer & athlete, and brand ambassador for SquatWolf Gym Wear. She works as a fitness & martial arts coach, finance advisor, and procurement specialist. In her spare time, she writes fiction, runs various websites, cooks passionately, and enjoys afternoon tea. She lives in Muscat with her husband and daughter. 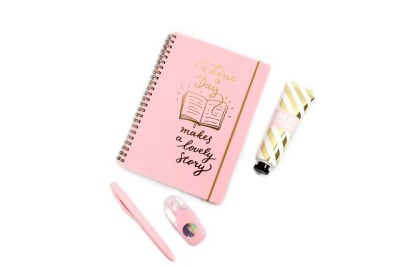 Just begin. Don't worry. You don't have all the an

Most coveted #exotic #sweet of all #expat Filipino